Tomatoes are also one of the crops where VESTA from Sobec is widely used among growers.
In a study we have been doing with one of our clients in 2013, we measured VESTA against another supplier, and the results are very interesting.
Not only were the yield more than 20% higher on the VESTA treated crops than the not treated crops. Due to the increased quality the grower also got a 10% rise in what was paid per ton in one variety and a corresponding 5% rise in what was paid per ton in another variety.
So the total value of the tomato harvest increased up to 50% by using VESTA. 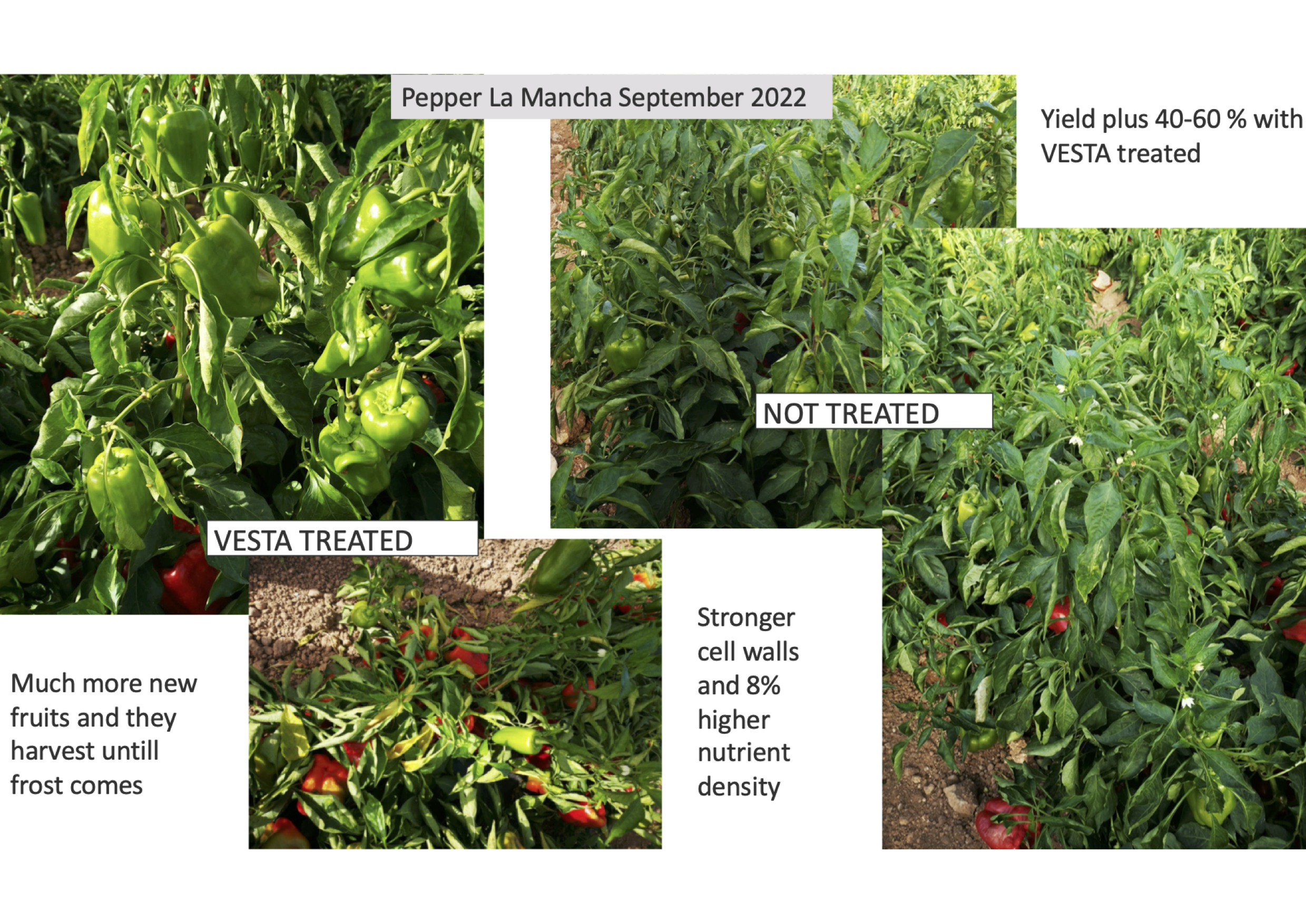